Tatting, more Crochet, and a Dr. Who Scarf started

It's been a while, but I've been busy so that's my excuse and I'm sticking with it.

Christmas was very quiet, as usual, with just my sister and the furries. We didn't get a ham this year as we were leaving for Austin three days later and wouldn't be able to finish it in time.

In Austin, we stayed with sister Jenny and her husband Brian and traveled back and forth to San Antonio to attend the Air Force basic training graduation ceremonies. My oldest nephew Clay was our proud Airman. His mother, Darlene was there with her husband Jimmy (who is in the Army) and their other five boys (one is a foster son). 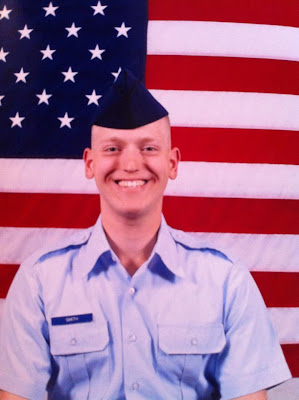 Airman Jimmy Clay Smith, Jr.
And, of course, we had to get a photo of the proud mom and aunts ... 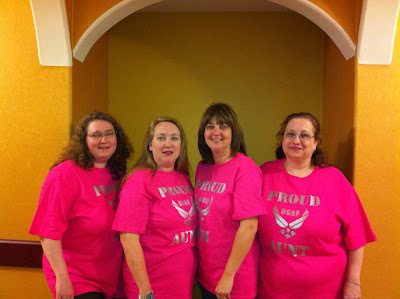 Jessica, Jenny, Darlene, Darlisa
We spent a week and a half in Austin (saved $180 in airfare that way) and one evening Jenny was showing us her needle tatting. Years ago I'd purchased a learn needle tatting book but never tried it. I had tried shuttle tatting but it never clicked and the way the shuttle had to be used just seemed weird to me. Last Saturday, Jess said she wanted to learn so I bought a few more needles and some thread. Once we got home, I found the book in my library, figured it out and taught Jess. I taught her to knit a few weeks back so we'll see which one she keeps up with. On Sunday, I started tatting a heart that was a free pattern at Hobby Lobby (and is also online at Handy Hands Tatting) and finished it on Tuesday. The picots are too big and one of the side chains has an extra picot, but not too bad for a first try. 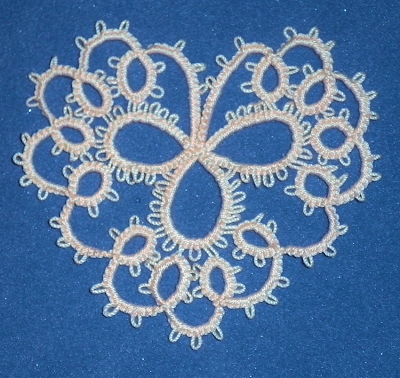 I've already started a larger project. It's go big or go home for me when it comes to doing stuff!

My brother-in-law, Brian (Jenny's husband) is a huge Dr. Who fan (well, so is Jenny) and he asked me to make him a Season 16 Scarf. There are several sites with patterns but I settled on the one at the Witty Little Knitter because the yarn selections were all one brand and I could order them online. Another site that is good for patterns is DoctorWhoScarf.com.

So far I have 190 rows completed but the pic below shows it after about 130 rows or so. 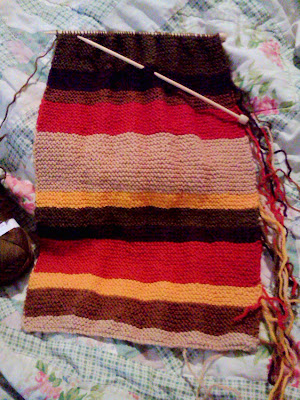 I used the Scarf-o-matic to calculate how much I have completed and, since it's too long to put here, I've added it to the header of my blog instead.

In other news, I finished an afghan design that I'm really proud of. I started it before Christmas, worked on it on the plane, in the airport, and while in Austin, then finished it when I got home. The full pattern, with guidelines on making it into a scarf or wrap instead, will be in the next issue of Crochet Uncut. 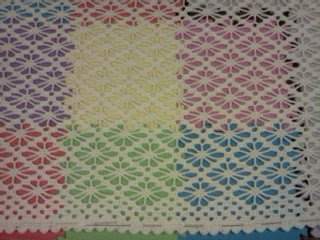 Darlisa
I'm a digital artist and avid crafter although I'm a data manager and technical editor/writer by trade. I also have a Bachelors Degree in Information Technology, Web Management and publish Crochet Uncut, a free online crochet magazine.